For years, I rejected that I was a Martyr.

For years, I also unconsciously exercised being a Martyr.

It was a shock to my system when I saw this side of myself and let myself move closer to acknowledging it – and over time – to owning it.

There are a few specific ways I grew into this energy that became the self-imposed chains of martyr, and here is where it began:

For me, being a Martyr began with love.

The Martyr in me was also influenced and fueled by other experiences, but in the beginning it was Mother energy that informed Martyr the most.

The day my first child was born I held a new truth like a jewel in my heart. This mother love said to me, “I will sacrifice my life for her.”

The unspoken commitment to love, and placing another into the position of valued beyond measure, caused a seismic event in my soul.

Martyr energy is perfect prima materia to explore pain, desire and underlying unmet needs that are often asking for attention and affection.

Have you ever heard these words- Don’t be a martyr! Or equally dismissive- My little violin is playing a sad song for you. Many times, these words are given and received in jest, but there is something deeper to discover in Martyr energy. Such words can minimize one’s pain, shame, or shadow, all important areas to explore within creative process.

We are all psychologically complex creatures, living in human form. Each of us will respond or react to the world around us through the lens of our own experiences and stories. Some of those stories we know, but some are hidden from view: not recognized or understood.

A simple way to explore our own knowing is to release the chains of terminology and embrace the complexity of our own human story. The Martyr can be experienced through the energy of pain, fear, love, shame, control, duty, expectation, and more. When Martyr energy shows up, it has important information to reveal.

Simply defined, a martyr is someone who suffers or who exaggerates suffering in order to get praise or sympathy. The archetypal source of Martyr is activated through different experiences and must be understood through the lens of the individual. The word martyr often has a negative connotation, even though it actually meets a need, however indirect it might be.

The word martyr comes from the Greek word for witness. Despite the risk of injury or sacrifice, the Martyr archetype is committed to showing up even if there is suffering and unpleasantness attached to their desire to meet needs or inspire change.

Martyr energy is giving. It serves, sometimes at one’s own expense. Giving—both for the sake of serving and also to get accolades for their value—this energy can be tiring to navigate.

When living inside of martyr energy, one might catch oneself doing for others what they can do for themselves, and then judging them for their lack of contribution, and follow through.

A martyr may also do or give in order to receive, to feel important—or ironically—to get what they “don’t know” is missing or underrepresented in their life.

Needing, wanting, and not being conscious of it is a marker for the martyr. It is most often manifest in a pervasive unhappiness or genuine sadness.

A martyr may also be devoted to duty, have a strong loyalty, and feel deeply committed on many levels to the well-being of another or others.

This energy and reasoning can be misplaced and become overwrought – leading to sadness, misery, frustration, exhaustion, complaining, judging or feeling underappreciated.

The motivation of the martyr will dictate whether it shows up as a hero/heroine, advocate, or victim.

Historically, a martyr is someone who chooses to sacrifice their life or face pain and suffering for the sake of something they hold sacred. Today, the term is regularly used to describe someone who seems to always be suffering in one way or another. Do you know someone who is quick to share about their latest woe or a sacrifice they’ve made for someone else? They might even exaggerate to get sympathy or evoke guilt in others.

Both may be content to seek or cycle through situations that hold trauma and drama is common. It is hard to find a neutral space for something that feels so tainted, but these energies are common, complex and human.

Rather than negative or positive, perhaps they simply are telling a story.

What is most often held in Martyr energy is a hidden or unspoken truth, a secret or unknown story. Often that layer of knowing wants to be exposed, expressed and released, but has been trapped so it doesn’t know how to be seen.

Once the Martyr can open or find enough distance from certain behaviors to see the patterns that are active, the deeper story will offer a mirror to illuminate what is missing or needs attention.

For me, being a Martyr was birthed in Mother, but became amplified by duty and care for another. It was hard to see and find because I was married (literally and figuratively) to the source of my strongest Martyr energy and patterns. Sincere desire to support and express love became duty and obligation. Giving, caring, and providing support in relationship was ultimately juxtaposed to my desire to be fully in reciprocal, loving relationship.

Martyr energy shines light on where one’s needs have gone unmet, where aspects of self will require tending and re-calibration. What the martyr needs most perhaps, is a safe space to tell the truth… the whole truth. To see it and begin to release it…

Martyr and Victim can show up together, although they are separate. There is value in exploring both to see how these archetypal patterns are offering insight and support. If you can, offer the deeper layers of Martyr some space to be revealed, thus holding possibility for new knowledge and healing with non-judgement.

The Martyr who sees, claims and knows, can release, change and shed the patterns that hold them captive. From here, the assets of this archetype are available to us in ways that nurture us and others.

Explore Your Imagery to Look for Martyr Energy

Scan through your art or cards to seek a visual story that is connected to Martyr energy.

Be gentle with all of this and know that you too – just in reading this, and moreover through a dedication to inquiry, healing and creative exploration – are offering so much to yourself and this world by uncovering pain, thus discovering the sources of real and lasting change.

When you recover or discover something that nourishes your soul and brings joy, care enough about yourself to make room for it in your life. - Jean Shinoda Bolen 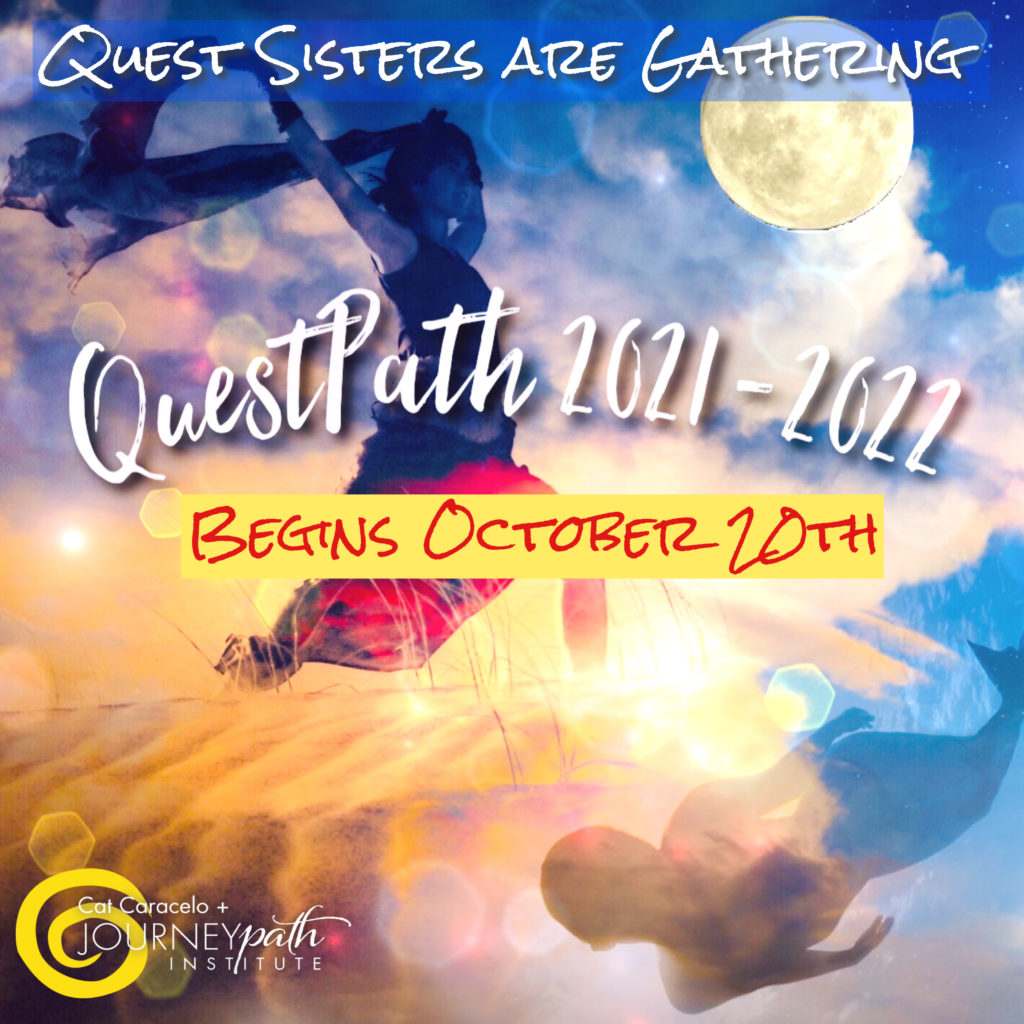 Cat Caracelo M.A. is the founder of JourneyPath Institute; a master depth coach, educator, artist and “guidess” working for over 15 years with individuals and groups, locally and internationally.

Cat is passionate about the potentiality of experiential process and art-making, guiding others through transformative process, depth coaching and professional development.

Thanks for subscribing! Please check your email for further instructions.

Something went wrong. Please check your entries and try again.